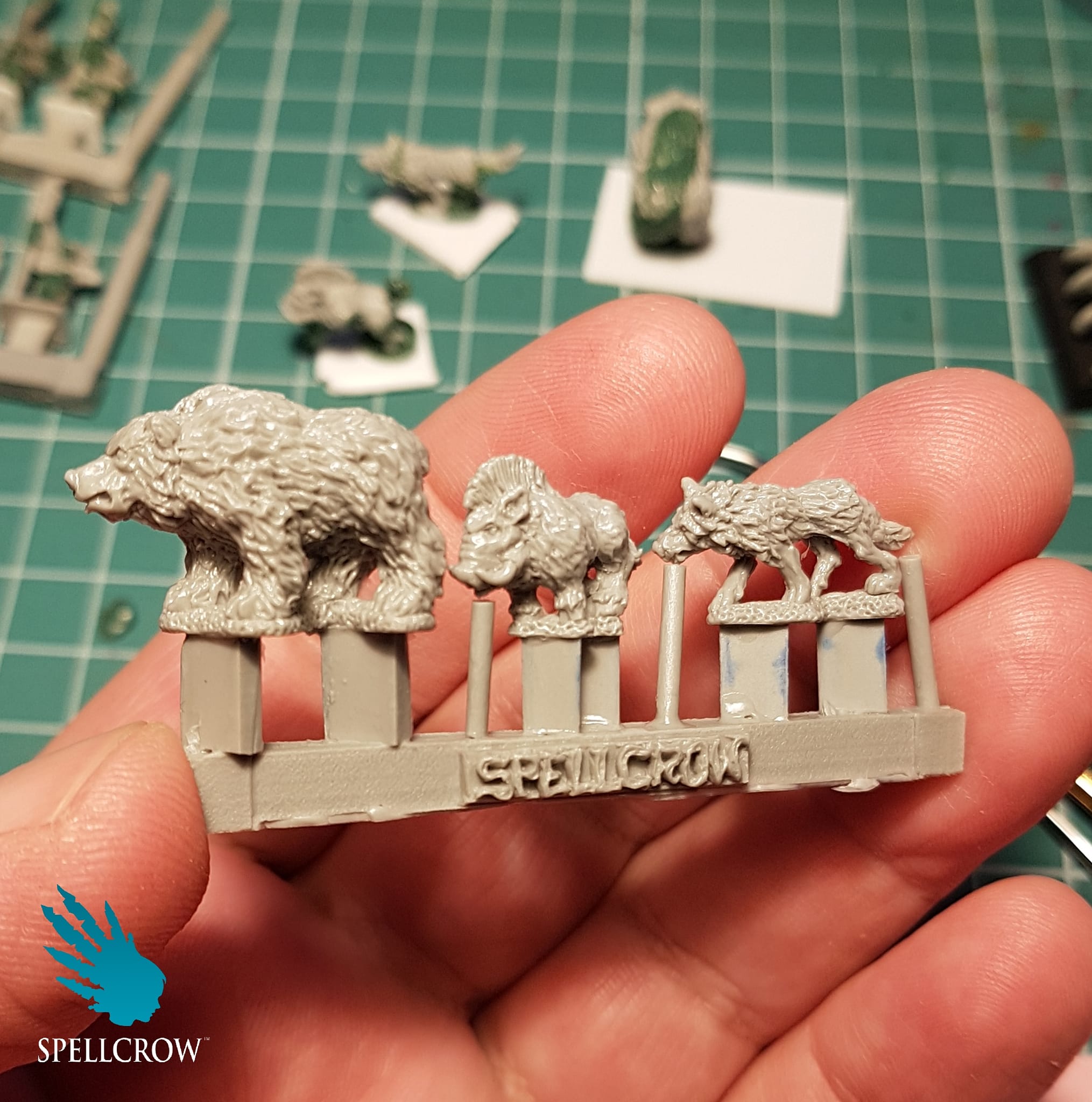 These are the miniatures for one of the units to the upcoming Gaeldor army for Argatoria Wargame in a 10 mm scale. Gaeldor will be an army of forest barbarians and creatures. In the Wild Creatures set, you will find two bears, two boars and two giant eagles

These wonderful models were sculpted by Marek Rurarz and this year already, you’ll be able to join them to your armies

The rules of the Gaeldor faction and its units will be published in the 2nd issue of Purple Warlock Magazine in December/January!

Learn more about Argatoria Wargame from this free brochure

Learn how to play Argatoria from this video

Check all models for Argatoria Wargame released up to this day