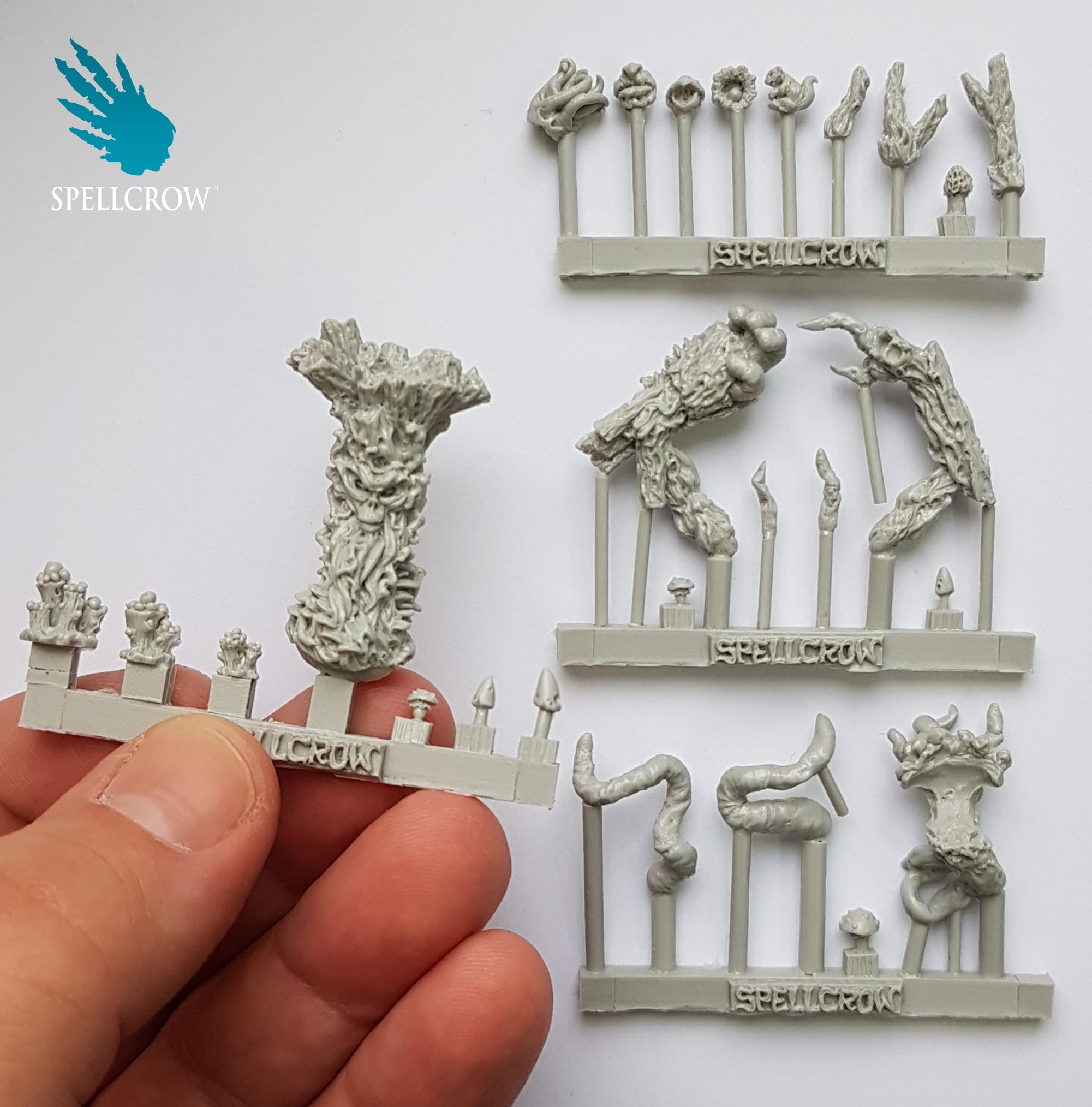 1) Marek Rurarz has completed the Trefloq model for the Gaeldor army and you can see all its parts now. The figure can be assembled in different ways, and in addition, it has 4 versions of the face. Trefloq will be on the same base as Forgon, i.e. 37 mm. After the weekend we will show you the assembled Trefloq

2) Another unit which Marek is working on is Wild Creatures, i.e. various animals of the forest. In the meantime, Marek will also be working on Command Groups for both upcoming armies.

3) We can officially tell you that the rules for both armies will appear in the second issue of Purple Warlock magazine, which will also be in Polish!

Will we be able to introduce more units in December, it’s hard to tell now, so probably in January and February a lot of new miniatures will come out.