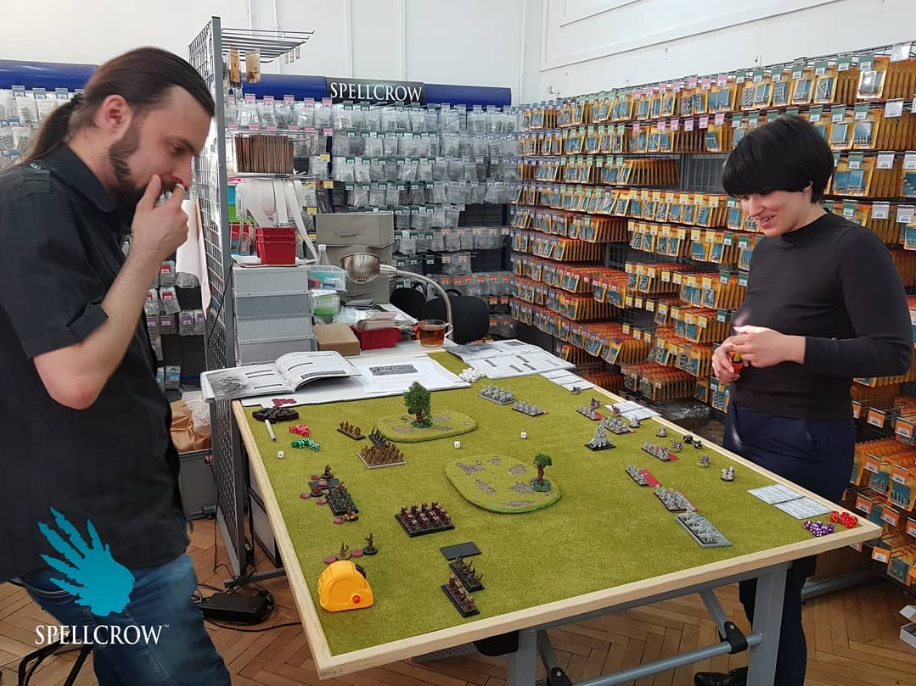 Tests of the mini narrative campaign “Treasures of Ma’tanga” written by Damian Kobiałka are in progress. 🙂 Centuries ago in the valley of forgotten temples there was a battle of two armies led by mighty generals – Ma’tanga and Teclahuaq. The campaign players have the chance to gain the treasures and relics which Ma’tanga has gathered during many battles against the Reptilians. In addition, players have the opportunity to fight battles in the woods and take advantage of special rules that apply to them. Currently, the campaign is being tested, but soon you will also be able to play it!

If you want to learn more about Argatoria Wargame click here