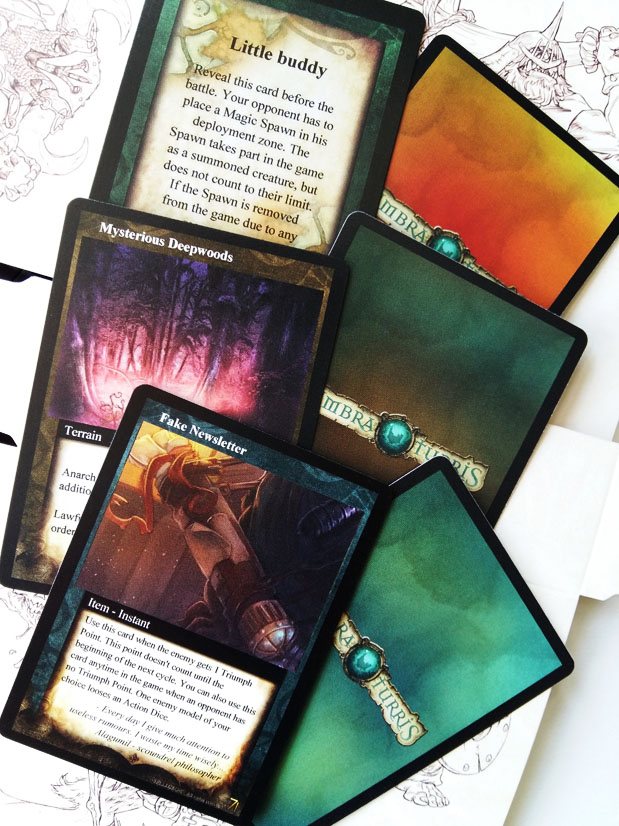 A new print of cards has just arrived! We boosted them a lot as shown in the picture. The backs of the cards have been varied, and the appearance of the Quest cards has also changed significantly. Now we’re waiting for the packages, in which the card sets will be released. The sets are: Quest, Magic and Terrain. Except for cards, in each of them you will find interesting add-ons. The Quest set contains additional Hidden and Death Counters. The Magic set contains creatures from the cards: the Spawn of Magic and the Owl (cards: Stray and Owl of Autumne). The Terrain set contains 6 Loot Counters. We are also preparing a new cards supplement – with new locations and magical items.
At the moment card sets are available only in English.

The Wolf Brothers are coming!