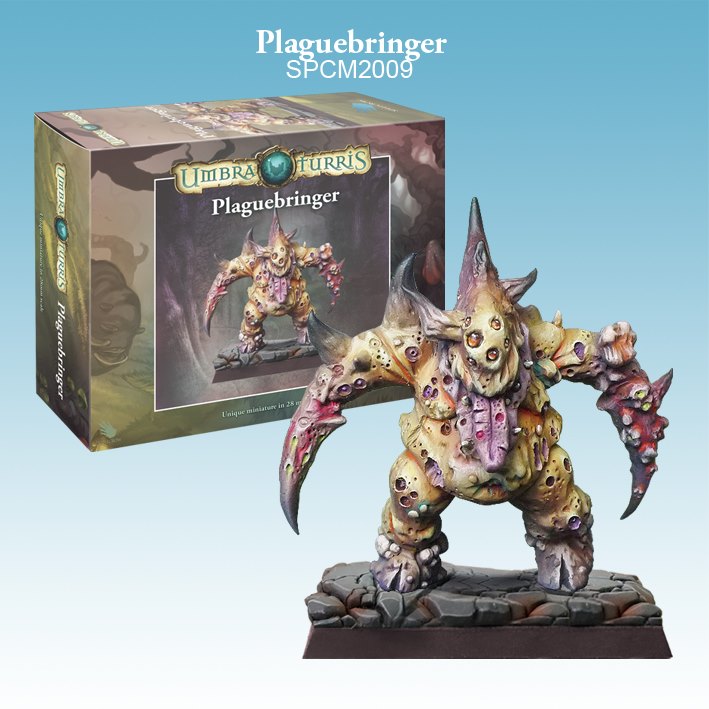 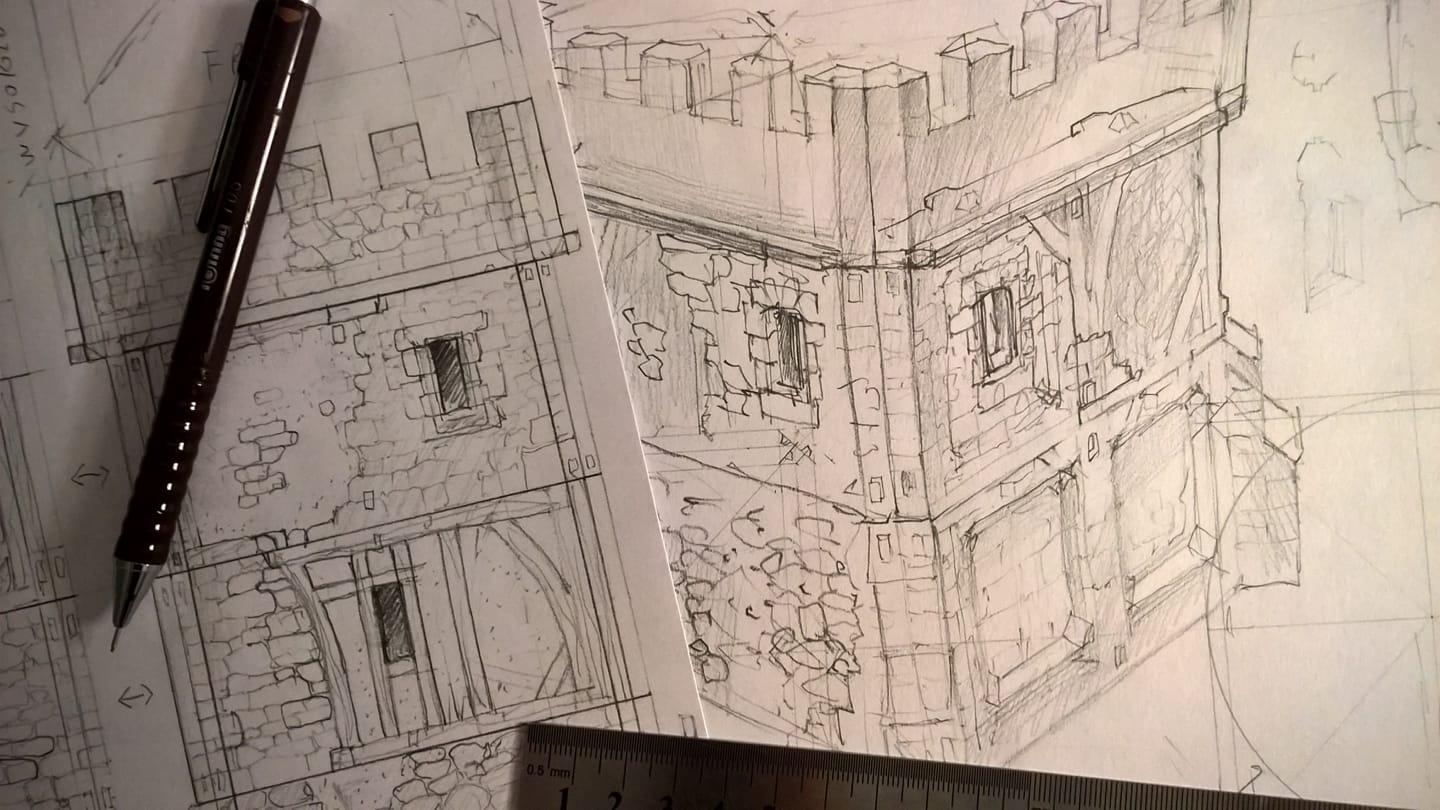 At the beginning of this year Kamil started working on a new fantasy tower in 28mm scale. In the above picture you can see his concept sketches. 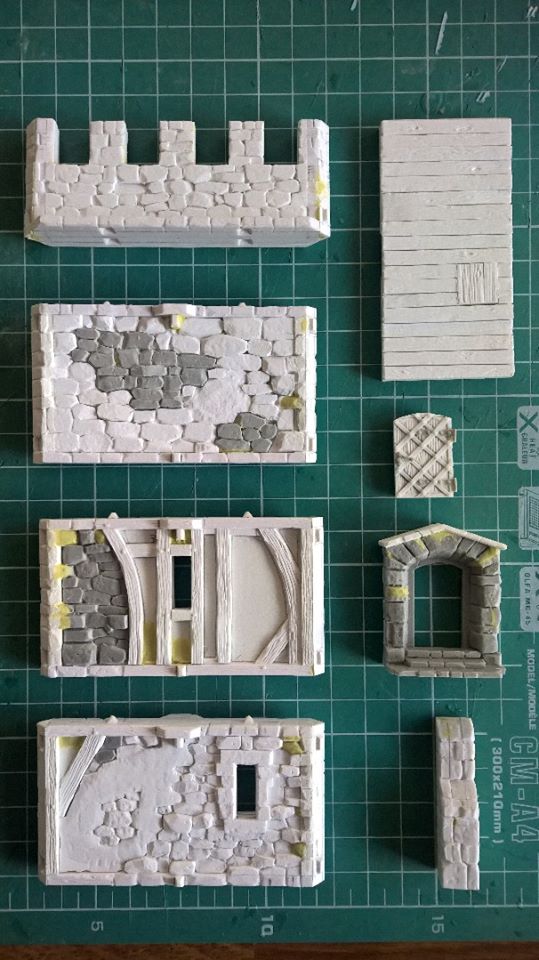 A couple of days ago we received these finished pieces of the fantasy tower. All parts are handmade from different materials and each part is two-sided, so you will be able to assemble the tower as you like. In the picture below you can see the assembled pieces and imagine how the tower will look from one side. 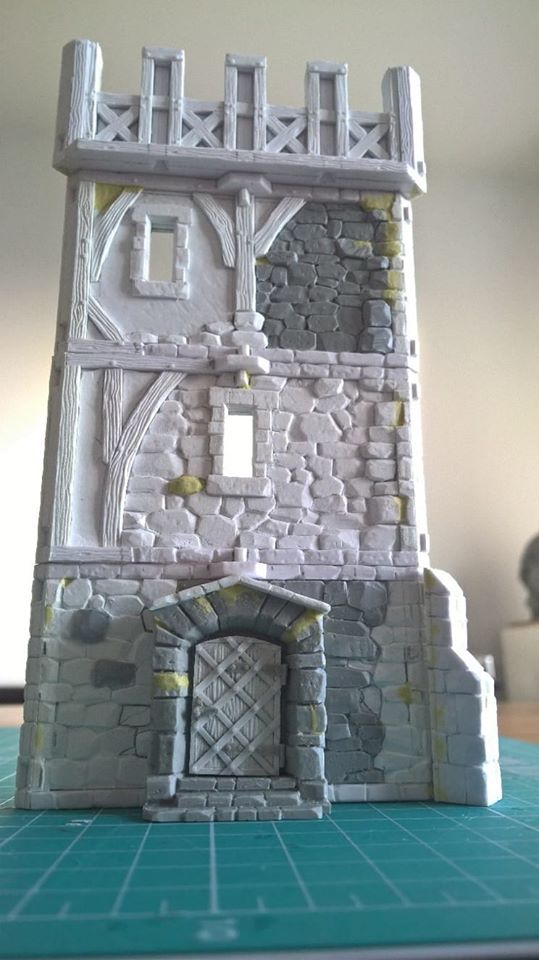 The tower will be on sale from next Wednesday! 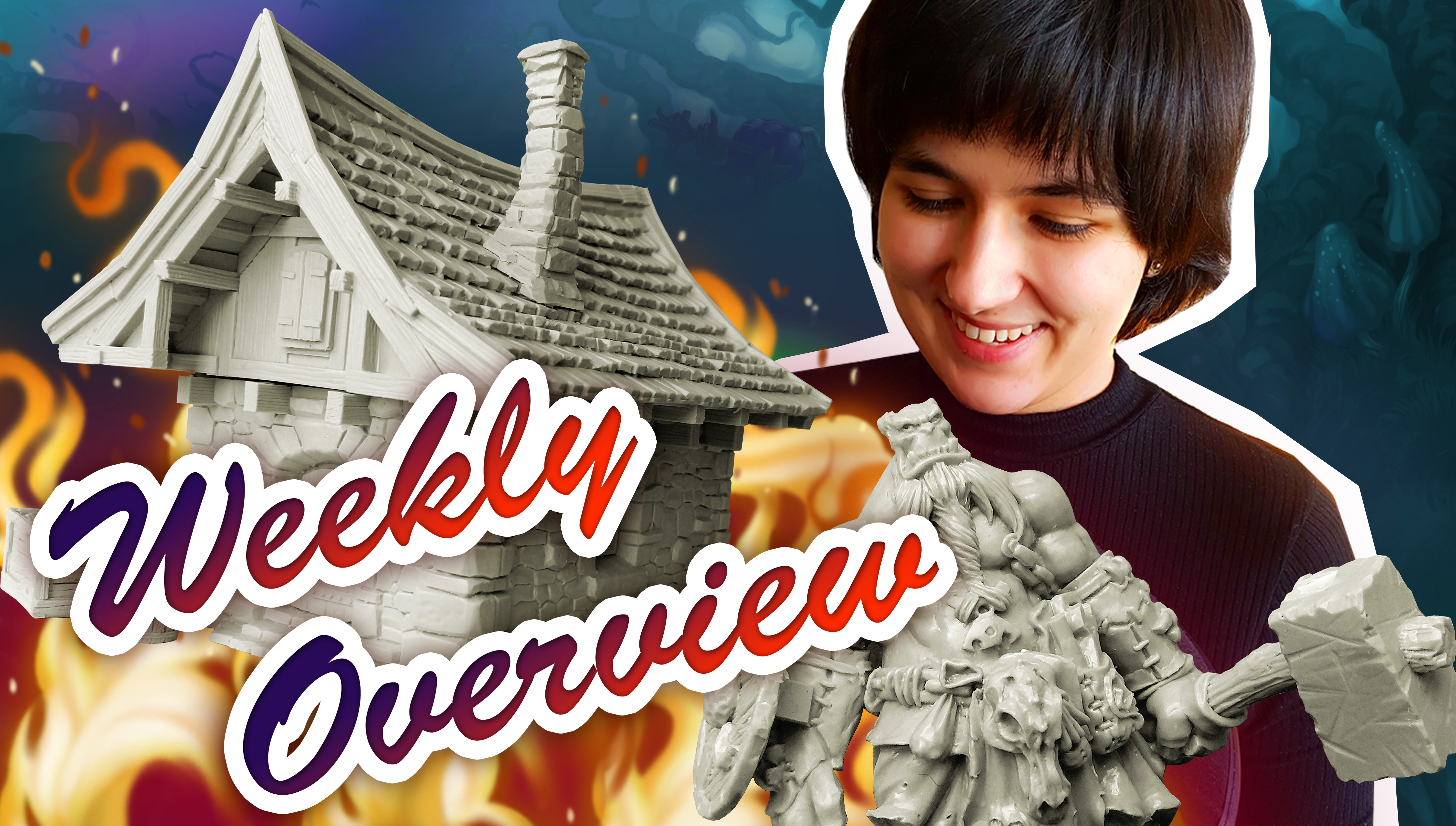 In SPELLCROW we’re trying out a new Weekly Overview series on YouTube, where you will be able to see and listen about our new releases and other stuff we released recently. We invite you to watch our first video, where Tetyana showcases the Merchant’s House and the Half-giant with Black Powder Gun.

Please subscribe to our channel and thanks for watching! 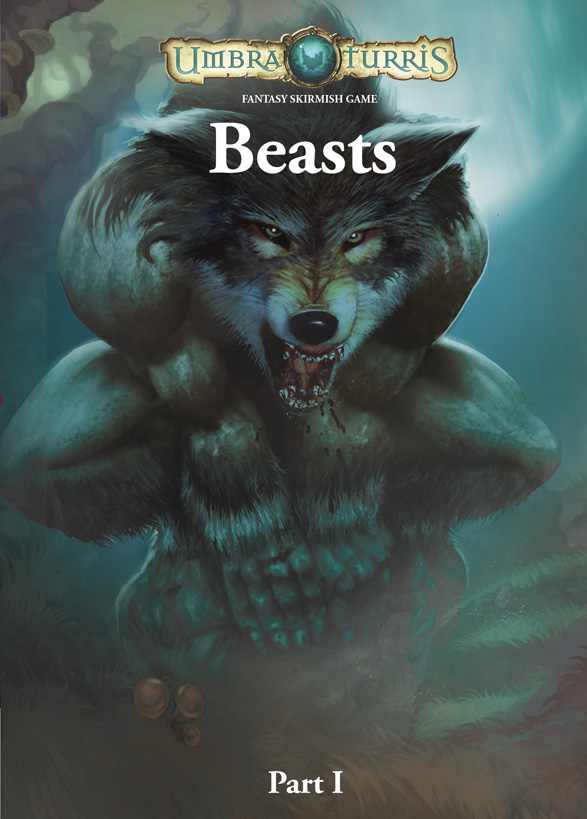 Werewolves, Dryads, Sasquatches and many more extraordinary creatures in “Beasts. Part 1”, the supplement for Umbra Turris Skirmish Game! Today we are showing you the cover of the supplement, which will give you a chance to experience even more exciting skirmishes. We hope you like the cover 🙂

The supplement will be out this month! 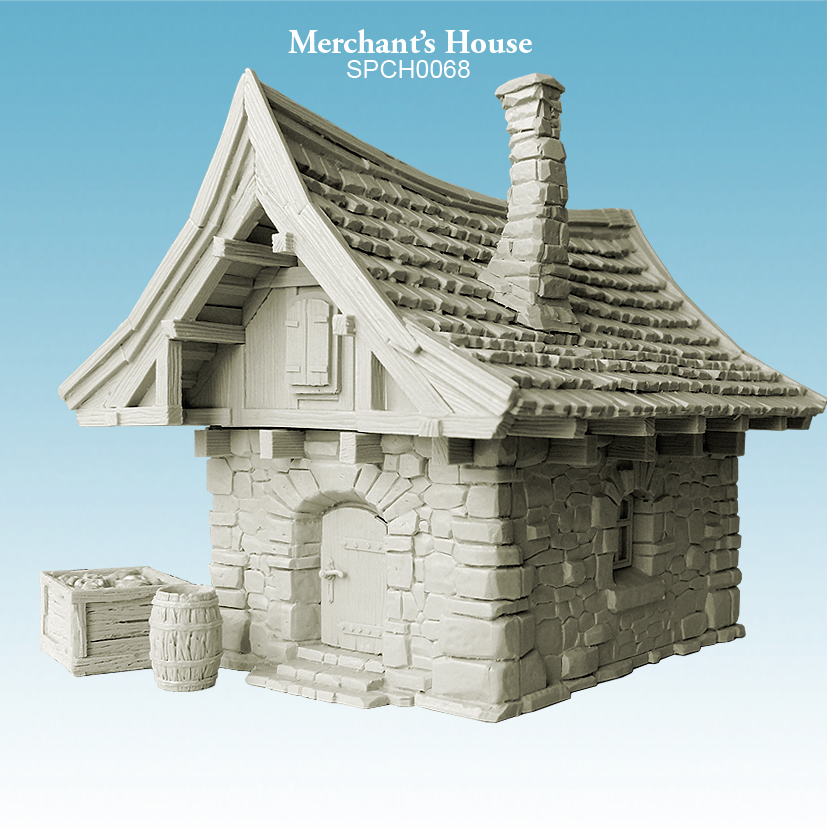 Our first fantasy house dedicated to Umbra Turris – Merchant’s House – is out now! It was designed and sculpted by Kamil Kopczyński and of course it’s another fully handmade piece. All parts are high quality resin casts, which require assembling, cleaning and painting. 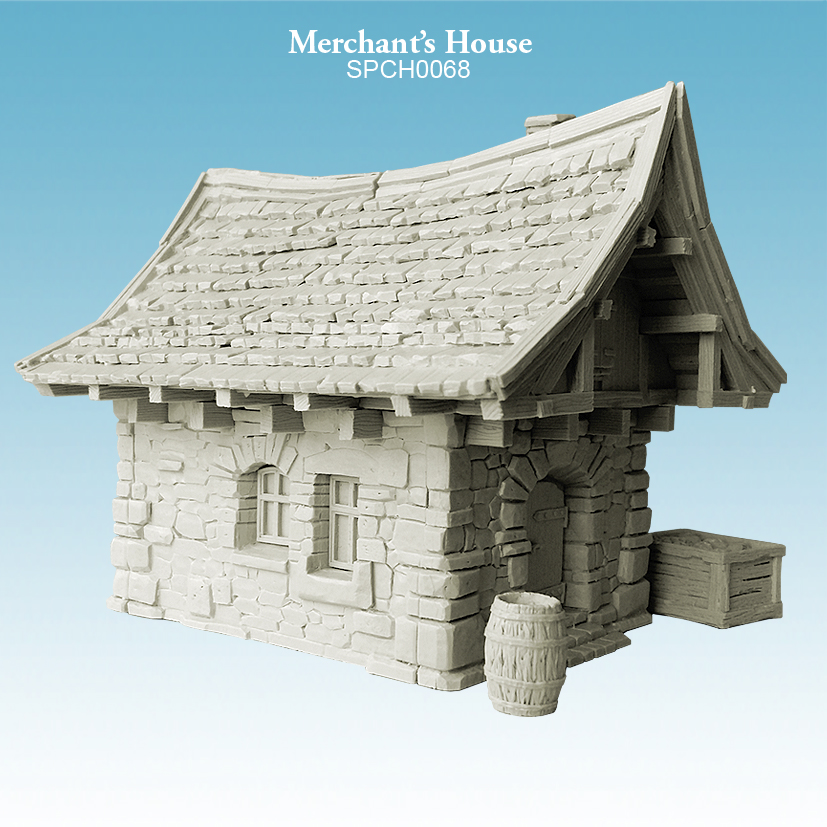 Set contains 4 stone walls, 4 pieces of the roof and 2 pieces that go under the roof, 5 two-sided windows / shutters, a door and a chimney to assemble the Merchant’s House. Apart from the house, this set includes a box full of fish and a barrel. Hope you like it! 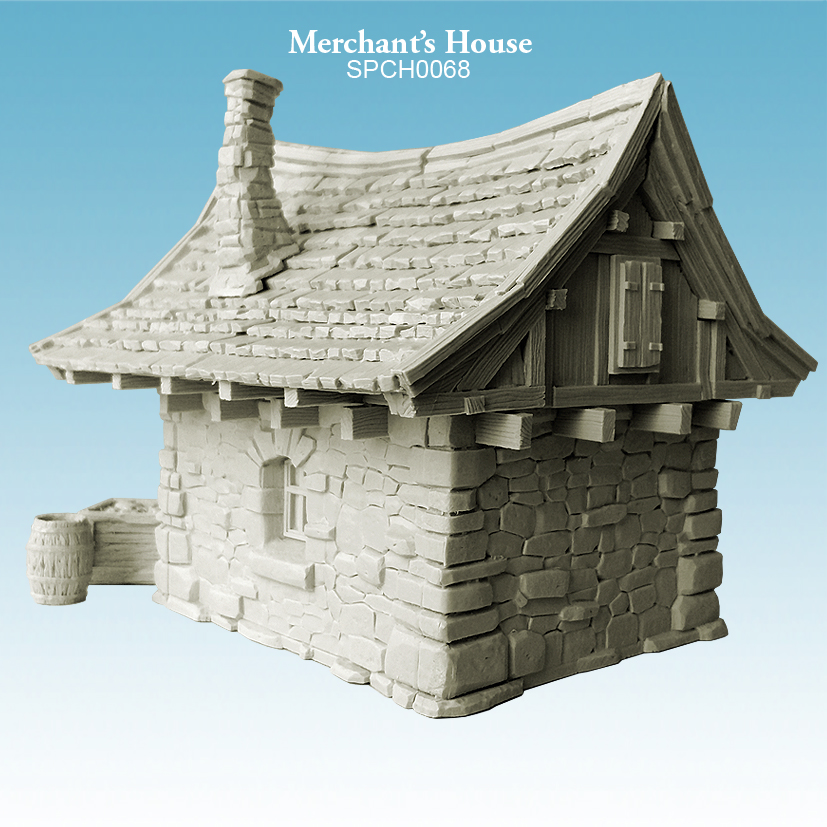 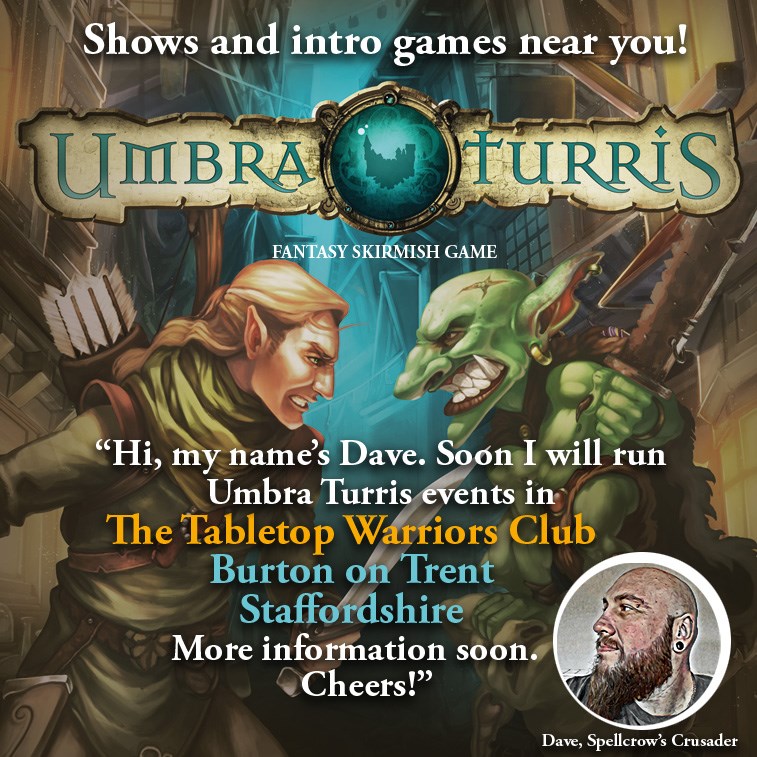 This year in many different cities and towns you will have a chance to see the game shows of the Umbra Turris Skirmish Game. Our Crusaders will show you the miniatures, explain the rules, and – most importantly – you will be able to play with other gamers!

All information about the upcoming events will be published earlier at our website and through the social media. We hope you will join us! Recently Dave showed off the models for Umbra Turris in The Tabletop Warriors Club. Soon you will be able to meet Dave, talk about the game and play. We should give you more information about the exact date of the meeting within next few days. Our other Crusaders are preparing for meetings with you as well, so it promises to be a lot of nice fun and gaming! 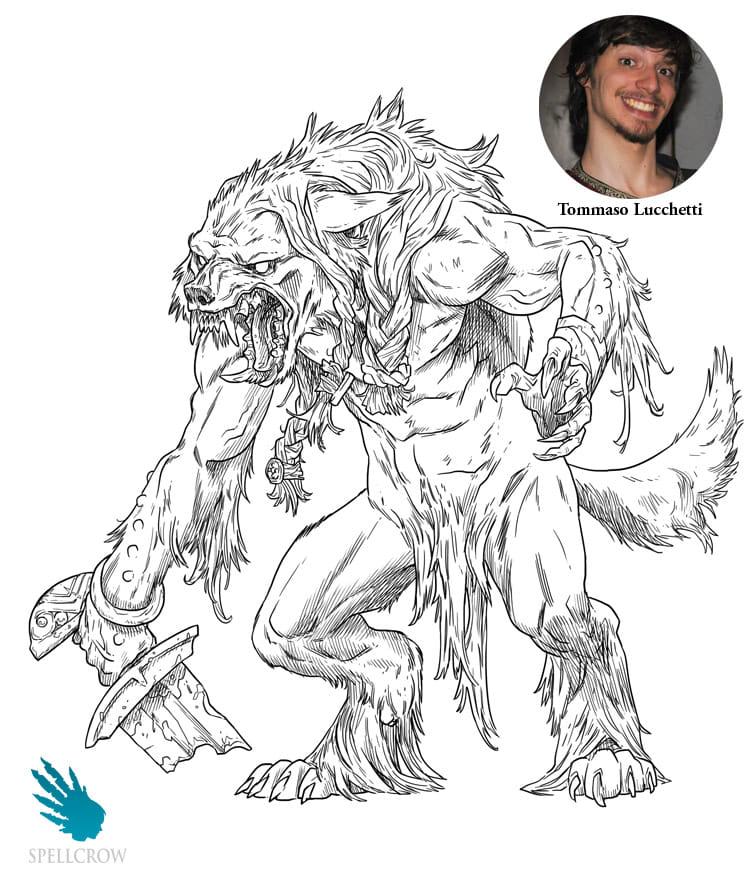 Recently we showed you the sketches of a few Werewolves made by Tommaso. Today you can see the finished sketch to the “Beasts. Part 1” supplement that will be released this month. We also received a draft of the new Minotaurs. This means that shortly, the Minotaur from our website will be replaced by a new version. Some models of beasts like Trolls or Minotaurs will get much bigger! 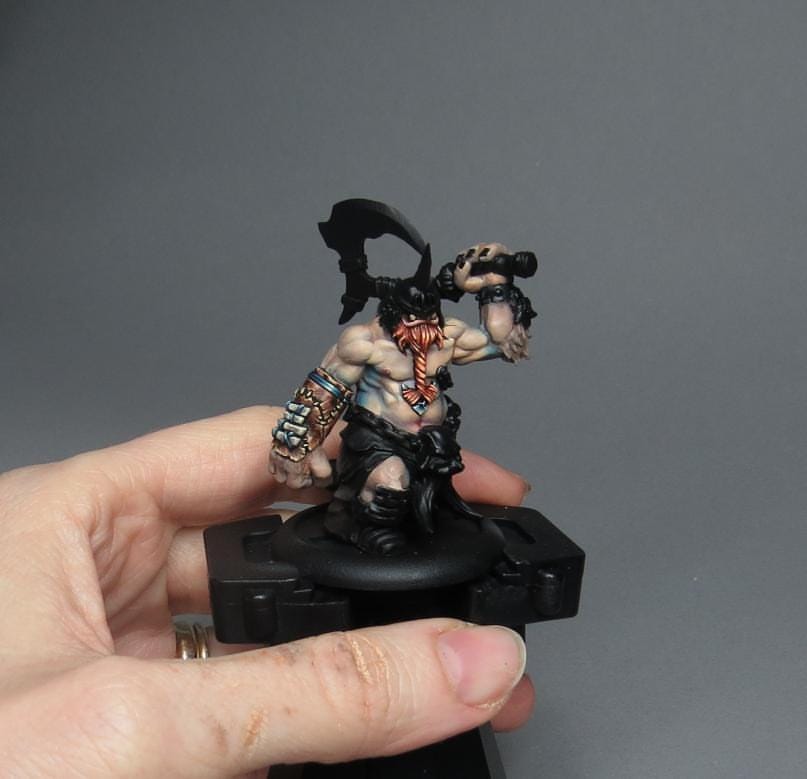 Today Shizune sent us a workshop photo of a Half-giant with Axe. We hope you like him already! 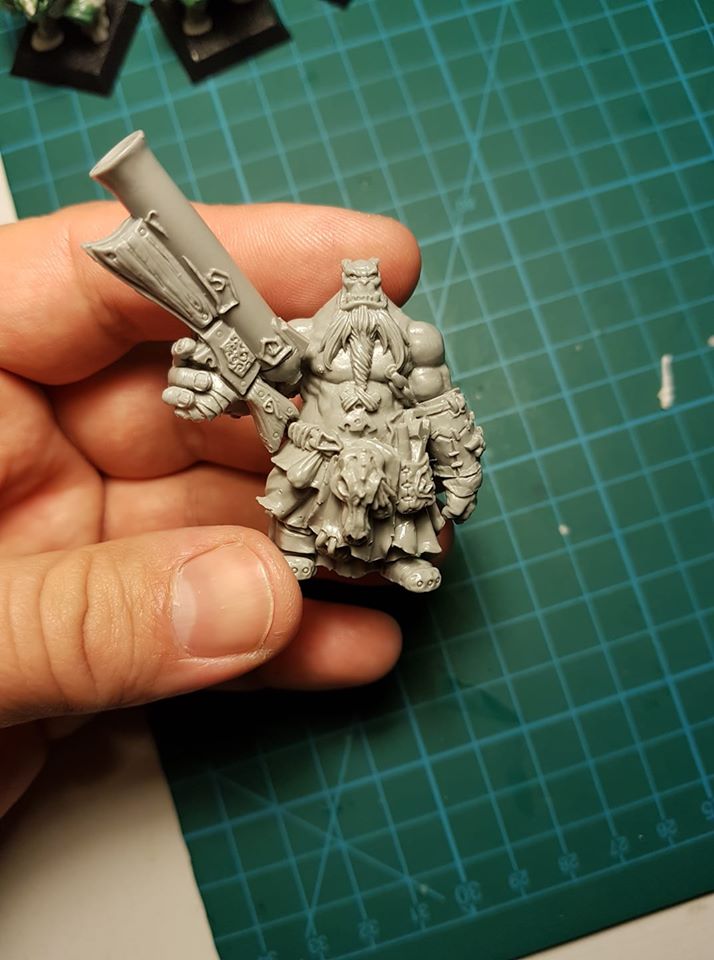 In the picture you can see the second version of the new Half-giant. He carries a massive black powder gun, but this is not the only weapon that you can choose! In the box you will also find an alternative option for him: a hammer and a shield (see photo below). This model will go on sale next week. 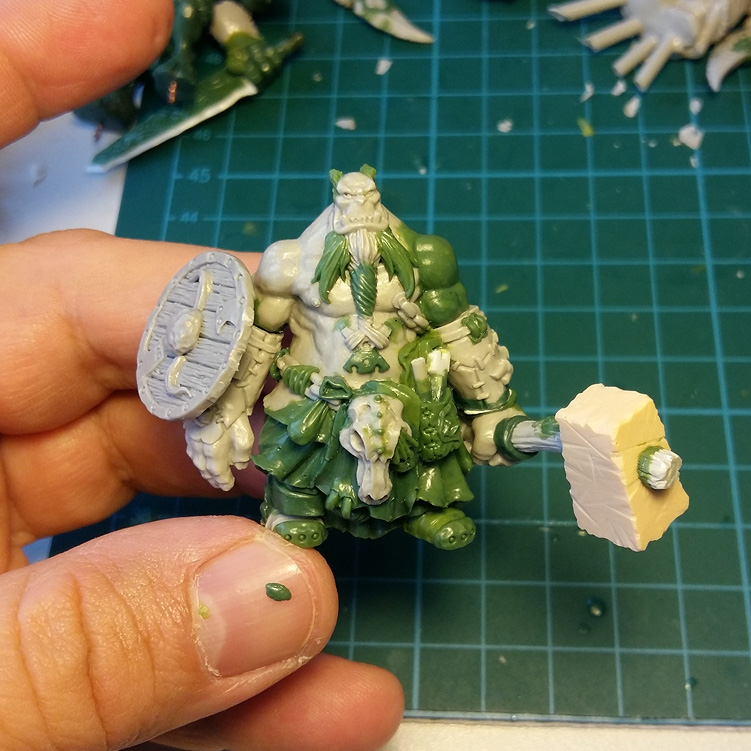